"Attention to detail made all the difference when revitalizing this 1850’s home. It was overhauled inside and out, adding stylistically appropriate additions and all the modern amenities, while retaining the charm and feel of its heritage." 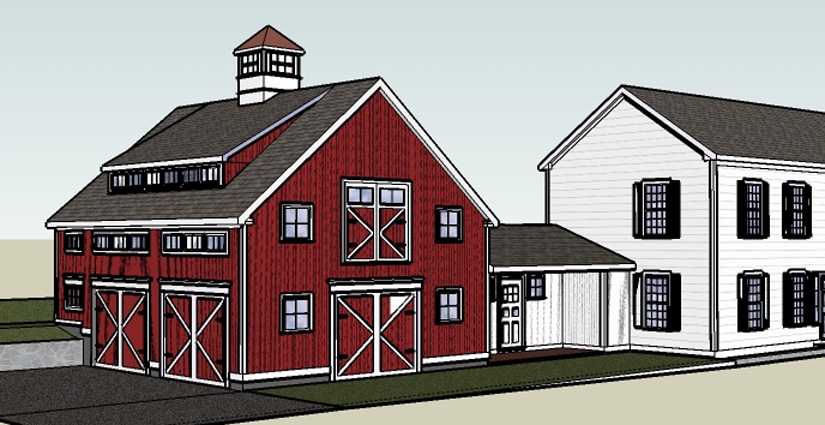 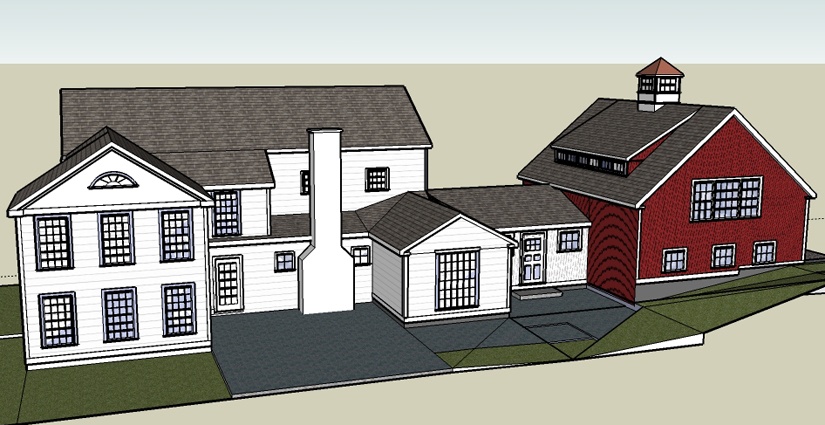 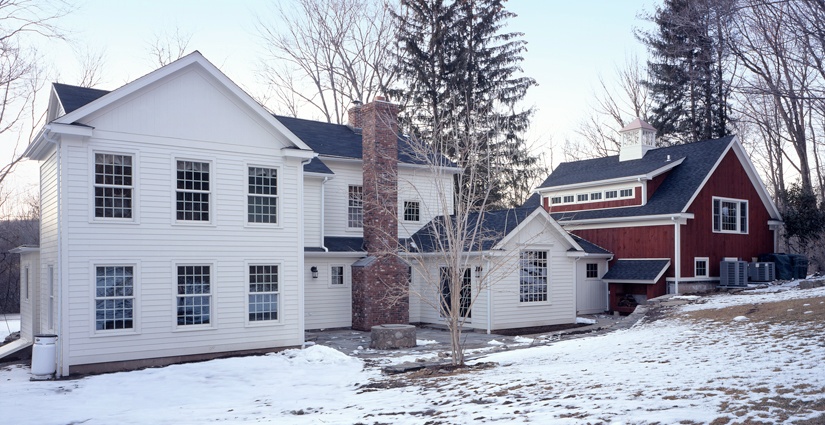 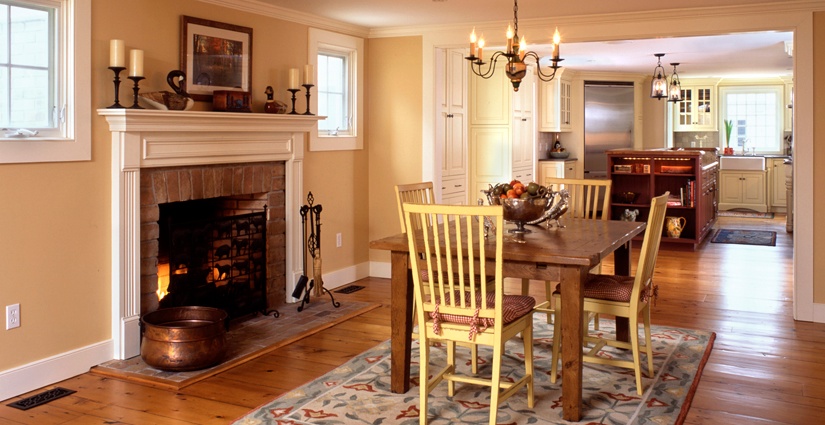 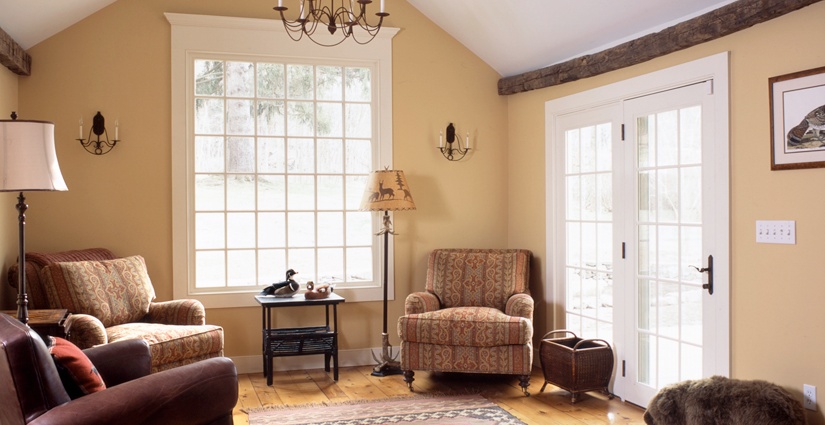 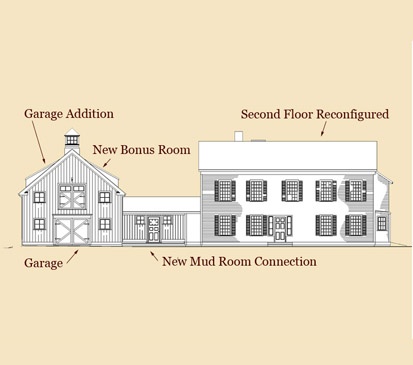 Preserve the integrity of the home’s historic roots but also gracefully bring the residence into the 21st century and make it more functional. This historic renovation addressed needs for better flow, more living area, and better construction. 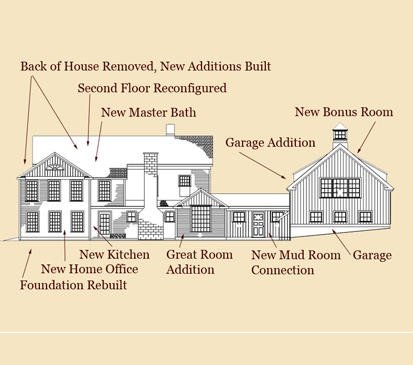 The 150 year old house featured many interesting interior and exterior architectural details—as well as some disturbing ones. The flow was awkward. The kitchen was small. The bedrooms had no closets. There was even a staircase that led nowhere important and was in the way of the optimum location for the kitchen.

Previous owners had added on rooms with the haphazardness of a crazy quilt. These additions pre-dated building codes and were very flawed by today’s standards. We had to remove the offending portions encompassing almost the whole back of the house before new, more pleasing, additions could be built.

We rebuilt literally from the bottom up, since the foundation was badly in need of repair. The chimney was redone for both safety and aesthetics.

New, more architecturally appropriate, additions were built on the first floor to expand the small kitchen and the family room and add a great room. 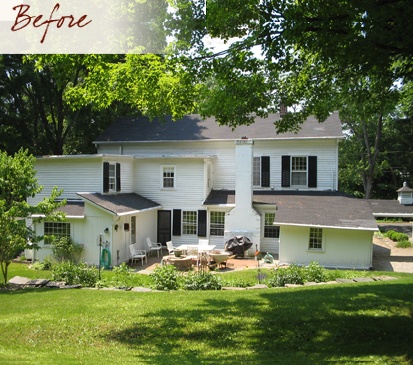 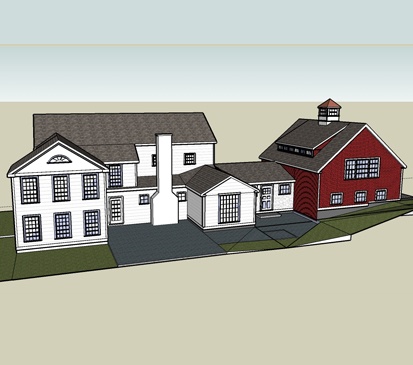 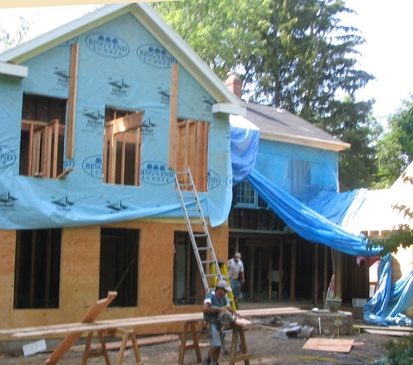 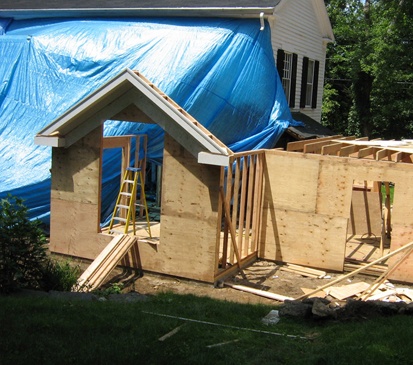 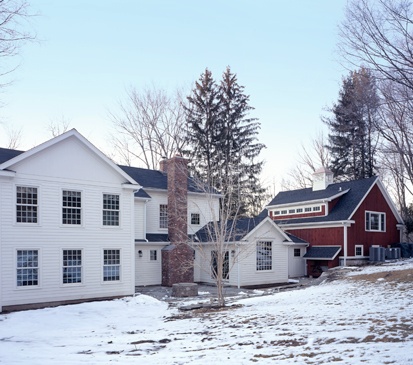 A new garage with future bonus room was added and connected to the house with a functional mudroom and a powder room. 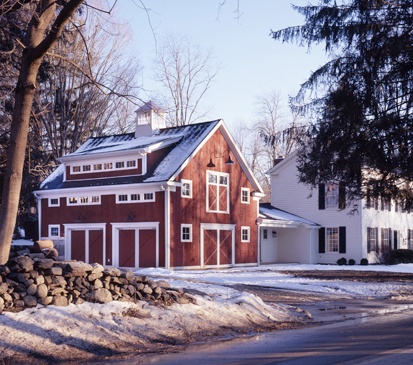 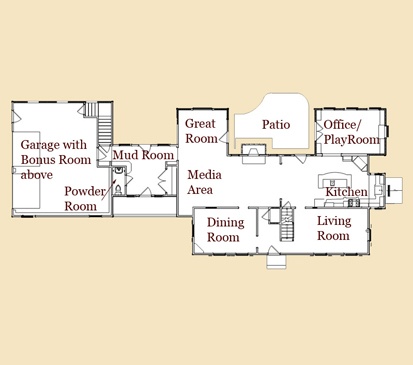 On the inside, the house was made to feel bigger without damaging its “old house feel” by opening up walls yet keeping the spaces defined. Each room feels like it’s just the right size. 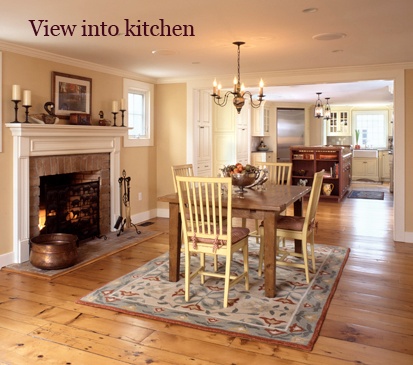 The great room is highlighted by a large picture window and salvaged antique beams, which make it seem like it was part of the original 1850’s structure. 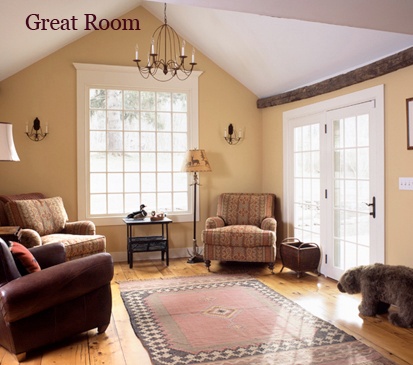 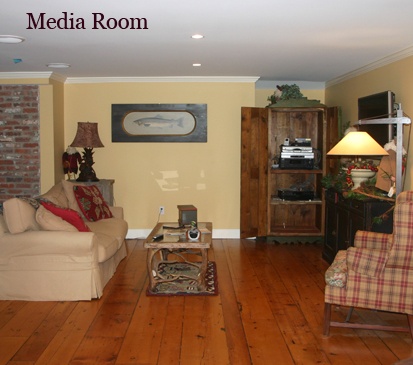 The mudroom gives the home a nice transition from the outside to the inside.

The practical mudroom has loads of cubbies, closets and storage for boots and accessories. 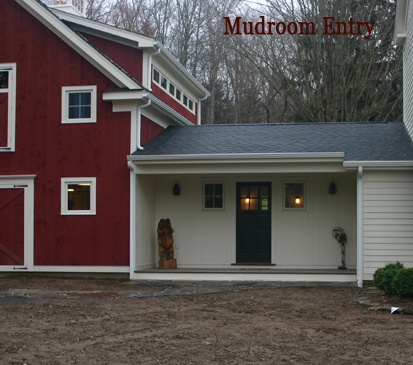 The kitchen is now centrally located, and allows easy flow to all living spaces, as well as there being gorgeous views of the backyard when you stand at the island.

It’s a great location – near the dining area and living room, with a new room off to the side for a future office/kid's play room. 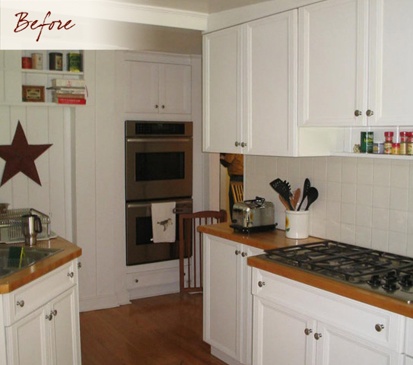 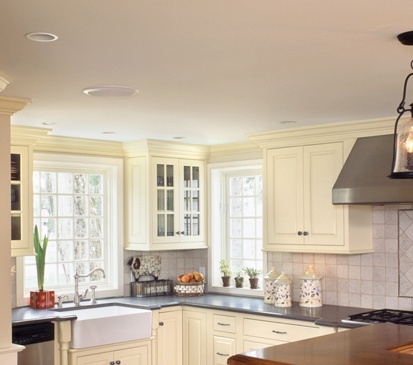 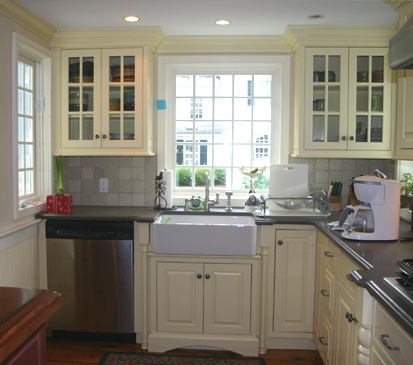 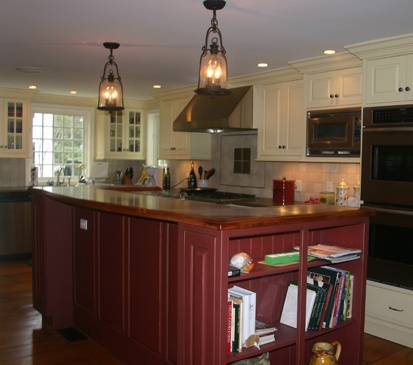 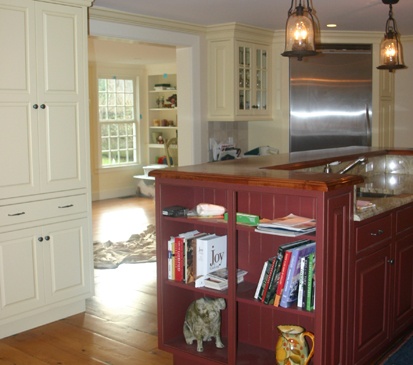 Master Bedroom Suite was expanded into the addition on the second floor. The sizes and shapes of bedrooms were changed to accomdate closets and improve the flow. Bathrooms were upgraded. 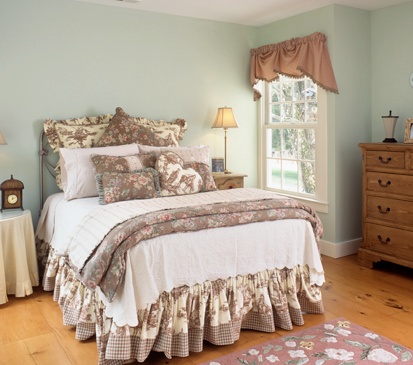 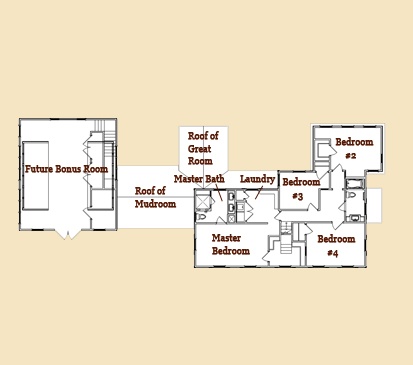 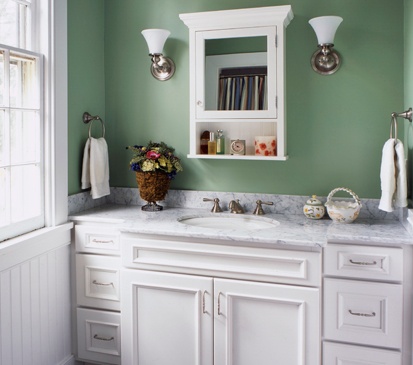 The master bath features a frameless shower, a separate water closet, a spacious walk-in closet and a bank of vanities with ample storage space. 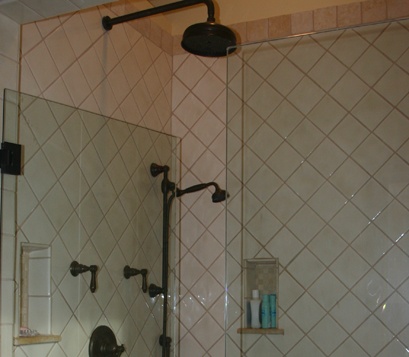 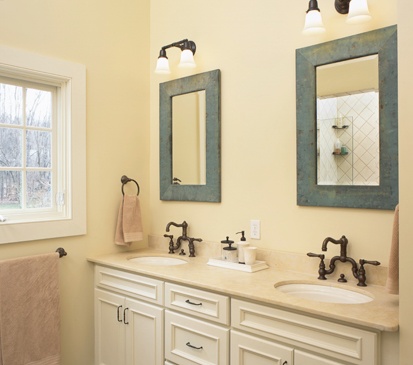 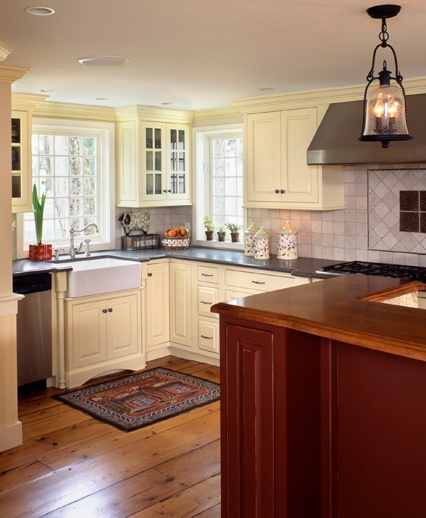 Much of the original flooring was saved, and supplemented with “new” antique planks throughout the home. A custom staining process provided  homogeneity between original and reclaimed wood.

The island top was made of reclaimed maple, which was distressed and finished to coordinate with the hardwood floors. 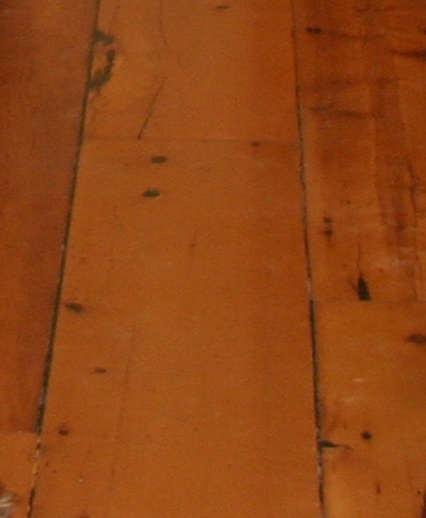 "Glad we did all the renovations at once.  Relocating the kitchen centrally changed how the house flows.  The new rooms are just the right size, and the reclaimed antique flooring seamlessly integrates the new with the old."

Whether your house is old or new, we can take it the next step with you.